The 9/11 Project with Jay Maisel

On September 11, 2001 the world changed forever. The following is from the Foreward of "A Tribute" by Jay Maisel.

"I make no pretense of being able to imagine the sorrow of those who lost their loved ones on September 11, 2001. Also beyond comprehension is the pain and suffering of those maimed and burned who somehow survived the hour of that day.

When asked if I had lost someone at the World Trade Center, I could only answer, "No, I lost them all."

"They were amazing sculptural forms, ever-changing pillars of infinite color, agleam with the reflection of the day's light. At night their staccato bands of randomly lit floors glowed high in the night sky, dwarfing their neighbors. Sentinels and beacons, they were ultimately easy targets. 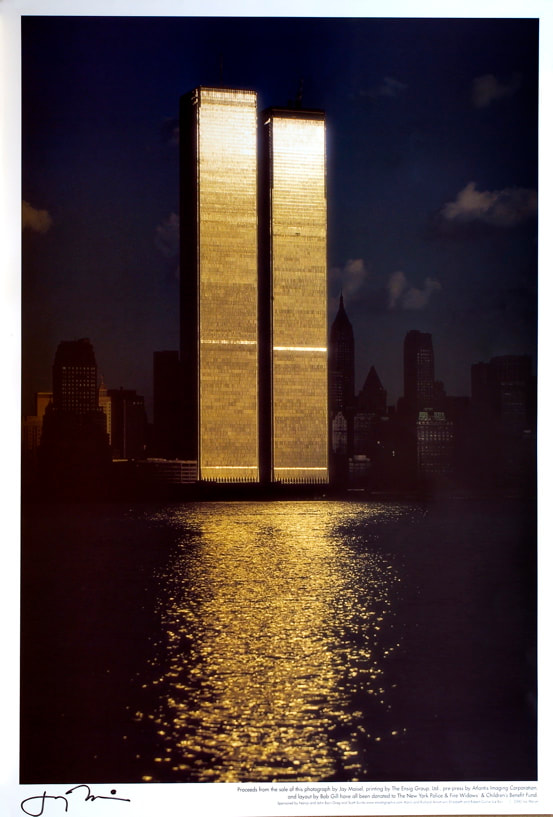